Decode The Meaning Behind Your Apple Serial Number

The serial numbers of Apple products contain a codified language that can give you information about your Apple device that can’t be found through any other means—everything from the location where it was manufactured, the date it was manufactured, and much more. This information can be valuable for troubleshooting issues with your device or just for curiosity’s sake. So let’s get to breaking down their impenetrable code.

The most straight forward way to decode your serial number is to type it in to an online service. Your Apple device’s serial number can be found either in the device’s settings menu or printed on the device. One online service can be found on Apple’s official website, and can help you determine the model of your device, whether it has a valid purchase date, and whether it’s still covered by Apple’s technical support. Apple’s own serial number lookup barely scratches the surface though, leaving most of the info it contains out of their results.

The Apple Serial Number Search tool developed by the cryptanalysts here at Beetstech can help you to uncover a whole lot more info about your Apple device. This tool not only lets you look up Apple devices by serial number, but it returns all compatible parts, and even allows searching by other criteria like EMC number, model identifier, and model number. Additionally, this tool lets you find Apple parts by searching the Apple Part Number, a part number printed on the component, or any combination of keywords you can think of.

But today we’re breaking it down the old fashioned way, and while not everything can be determined through this method, the serial numbers of Apple products follow a structure that allows you to figure out some information with the naked eye. Apple devices manufactured after 2010 generally have 12-character alphanumeric serial numbers, with the first three digits representing the manufacturing location, the following two indicating the year and week of manufacture, the next three digits providing a unique identifier, and the last four digits representing the model number.

Each manufacturing location is represented at the start of the serial number by a different alphanumeric code. Apple manufactures their devices in a variety of locations, and unfortunately not not all location codes are known, but the following is a mostly complete list of codes and their corresponding factories:

The fifth character represent the week in which the device was manufactured. There are 28 possible characters in this spot: the digits 1-9 are used to represent the first through ninth weeks, and the characters C through Y, excluding the vowels A, E, I, O, and U, and the letter S, represent the tenth through twenty-seventh weeks. For devices manufactured in the second half of the year, add 26 to the number represented by the fifth character of the serial number. For example, a product with a serial number whose fourth and fifth digits are “JH” was manufactured in the 40th week of 2012.

The next three digits are an identifier code which serves to differentiate each Apple device of the same model which is manufactured in the same location and during the same week of the same year, ensuring that each device has a different serial number. Finally, the last four digits of the serial number represent the product’s model.

Decoding the serial numbers of Apple products can be useful for a number of reasons. If you are interested in repairing your device yourself, determining which factory the device was manufactured in, or the date of manufacture, can help you to determine which replacement parts must be ordered to fix the device. Additionally, understanding the serial number structure can help you to troubleshoot issues with your device, as known issues can arise on products manufactured in certain factories or on certain dates. 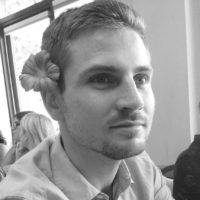 Cody's the guy who started Beetstech (in his grandma's dining room!) and he's been tinkering with, tearing apart, and sometimes putting back together electronics and mechanical devices since he was a young lad. When he's not writing blog posts, he's jumping from role to role here at Beetstech, doing whatever needs to be done to make Beetstech even better.

Could you clarify this discrepancy in you, otherwise excellent explanation?

Thank You! Very interesting and valuable for those of us who be pre-loved macs like my 2 17″ mbpros!

Thanks, I was looking for a comprehensive guide to decoding the serial number myself instead of sending them off to who knows where on one of the sites that decodes them for you. C02HC = week 10 of 2012, which makes sense for my Mid 2011 iMac. D25RL = week 17 of 2016, which also makes sense for my Late 2015 5K iMac, though I don’t see D2 listed as a manufacturer code.

Thanks a lot for this! Really useful.
I needed to find out the age of the devices we currently have in our iOS estate to swap out anything older than 4 years and this was the easiest method.

Thank you for a very helpful article! However “The number of models of Apple products is too large to list each one’s corresponding code in this article, but the corresponding models for the last four digits of each serial number can easily be found online.” Can you provide any help with this if you know anything? Because I couldn’t find this info online. Thank you!

I found a lot of MacBook pros beginning with ME,ML, MC MP, MGMR whole MB is the only one listed. What am I missing

Let me answer my own question: the combinations of M…is the order # not the seriel #

My iphone x Start with GHKXE****CL8 Now can please help me find out the manufacturing date .

My ipad has no numbers… all capital letters that start like this…. GCGVT
I believe it to be GOVERNMENT CONTROLLED

I need help decoding serial number for an Apple magic mouse. It has more than 12.

Thanks a lot for this valuable tool to acquire information regarding our various apple devices. In my case, I was issued a replacement which is en-route from China and I wanted to purchase a case and glass for the new iPad. The manufacturers made a distinction as to compatibility with buttons and lenses of their cases based on the years produced. Took a day trying to find this info, then I found your great bit of research…..Cudos brother!

Would u be kind and decoding my nr iPad air serial no: F9FZK51SLMPD

Thank you for this invaluable information

Thanks for the valuable insight!

Can you explain how the production number works? For example, it seems that 3AZ works out to 577 (the 577th unit that week). How does this math work?

Thank you for the information Cody

Can you tell me some Information about this iPad? MYFR2FD/A

I don’t think the serial date codes kept with the same idea, unless Apple has a fiscal year that they go by – I have a pair of AirPods Pro that has a date code of DF, that would be the second half of 2021, but I bought them in mid May…

Hello, a lot of websites say the first digit of an iPhone serial number shows if it is refurbished or not. My iPhone 12 Pro starts with F17. So is it refurbished or just made at Foxcon? Thanks

Thank you. That information was so helpful locating when my MacBook Pro was made. I couldn’t remember when I bought it!